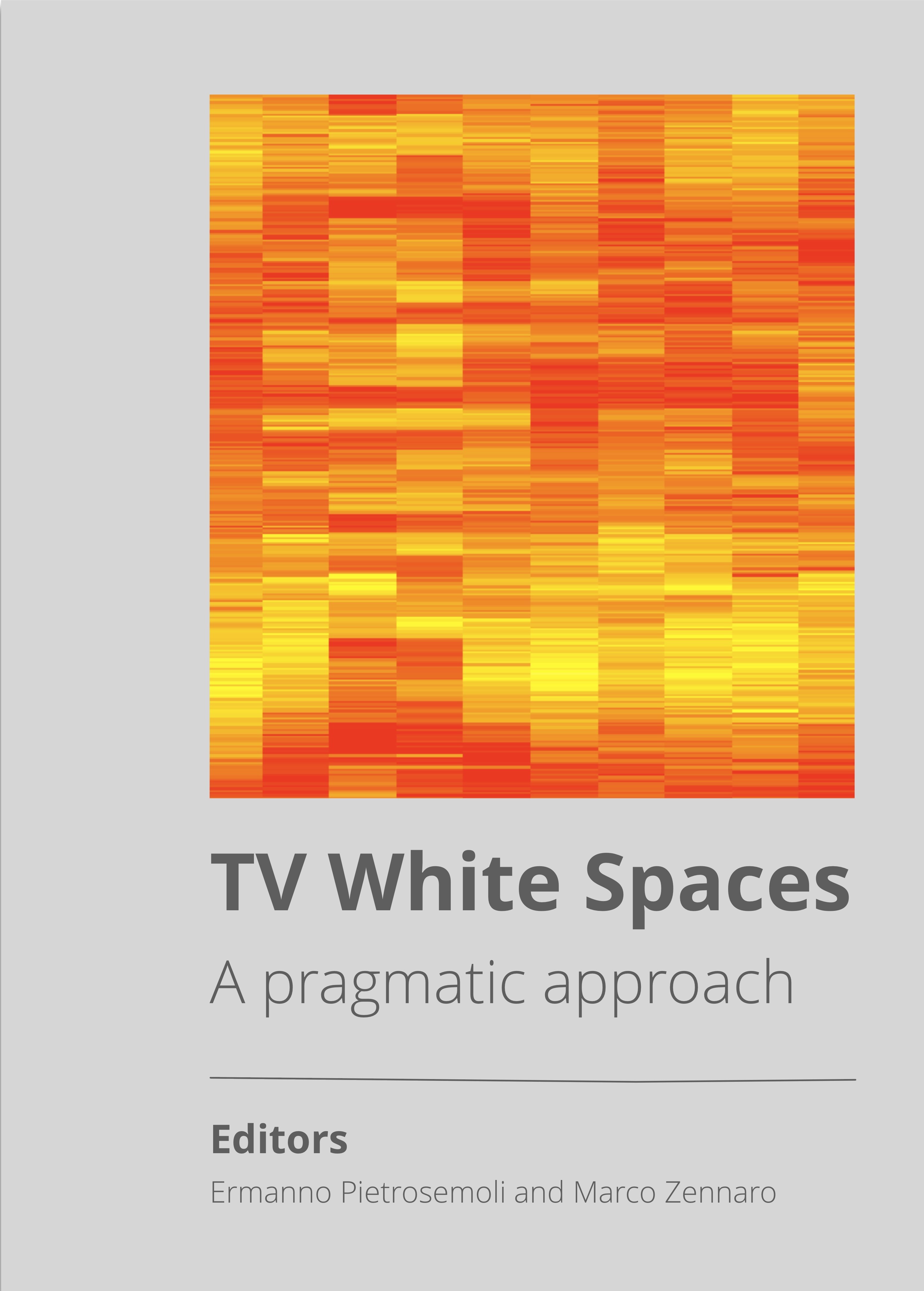 The growing demand for wireless data transmission imposes the search for alternatives to the current spectrum exploration schemes. In the long term, dynamic spectrum access seems to be the only viable solution,once the technical details for its implementation are solved. In the near term, the use of currently vacant spectrum allocated to TV broadcast is poised to alleviate the spectrum crunch while opening the path for dynamic spectrum access. We strongly believe that presenting some of the aspects involved in the exploitation of White Spaces (WS) by a group of international experts can be useful to practitioners and regulators interested in the topic. The present work is comprised of independent pieces in which each of the authors express their own viewpoint on the matter (and not necessarily that of the organisation to which they belong). Authors from Africa, Europe, North and South America, delve into both advocacy and regulatory issues, as well as in the technical details of some of the standards envisioned for providing services over this portion of the air waves.

WiFi has had an unexpected success in the traffic off-loading of cellular networks, so WS could also be deployed for this purpose. Finally, for machine to machine applications and the "Internet of Things" paradigm WS have significant advantages both for developed and developing economies.

TV Whites Spaces offer essentially a family of new approaches to rural connectivity. This is incredibly important and it is great to see many groups exploring that space. More important perhaps is that there is more than one possible solution on how best to use this spectrum for rural connectivity: the policy sets some basic rules, but does not actually dictate the solution. This is a critical characteristic of the modern approach.

This collection of articles explores both the policy and the technology around TV White Spaces. They are great articles individually, but they are strictly more powerful as a group. And as a group they continue the great heritage of mutual respect and discussion between technologists and policy makers - a heritage that includes changing the world for the better on a regular basis.

Not a theory book

Authors have dealt with real deployments

As this is a new technology, more content will be added

Dont judge a book by the cover 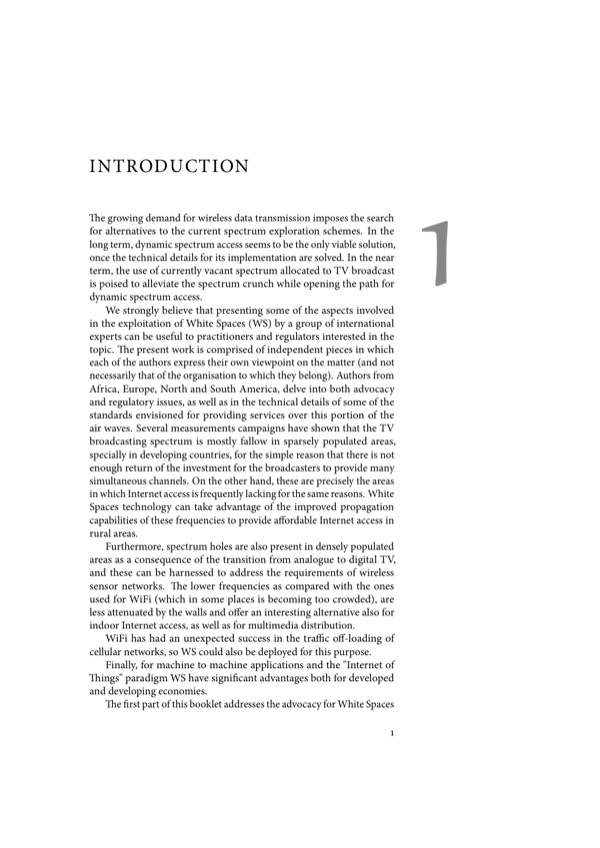 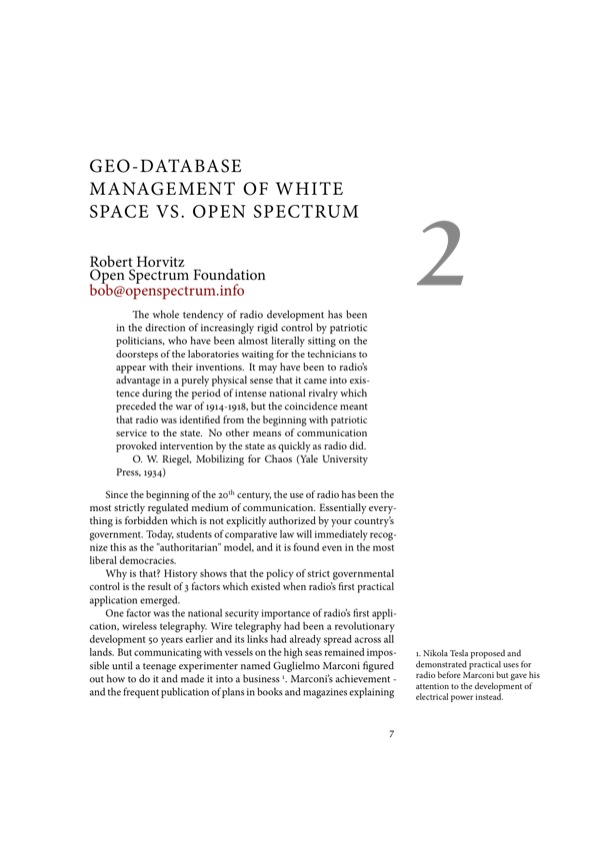 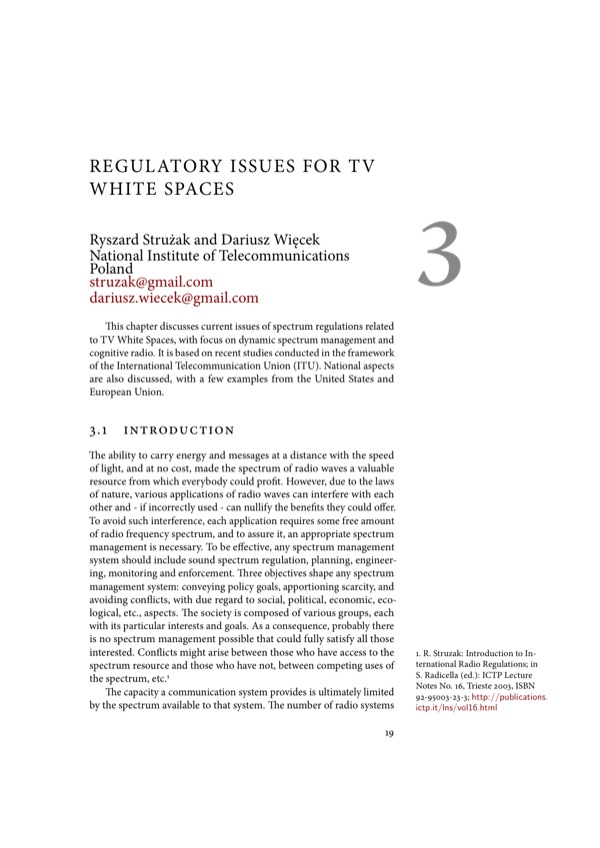 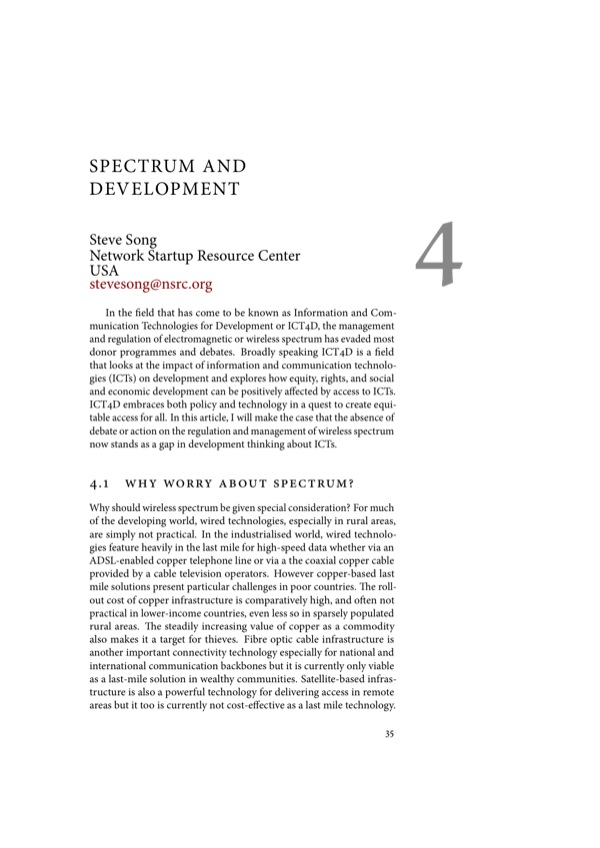 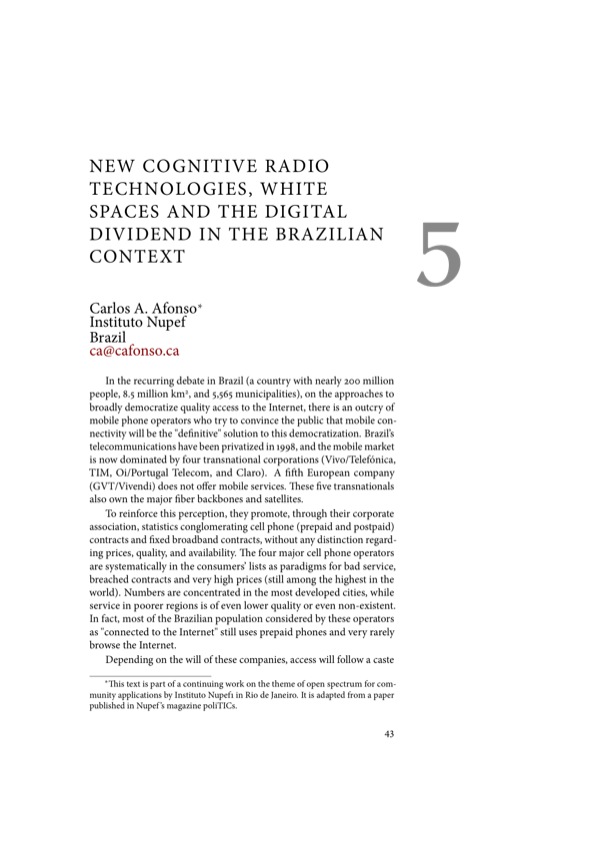 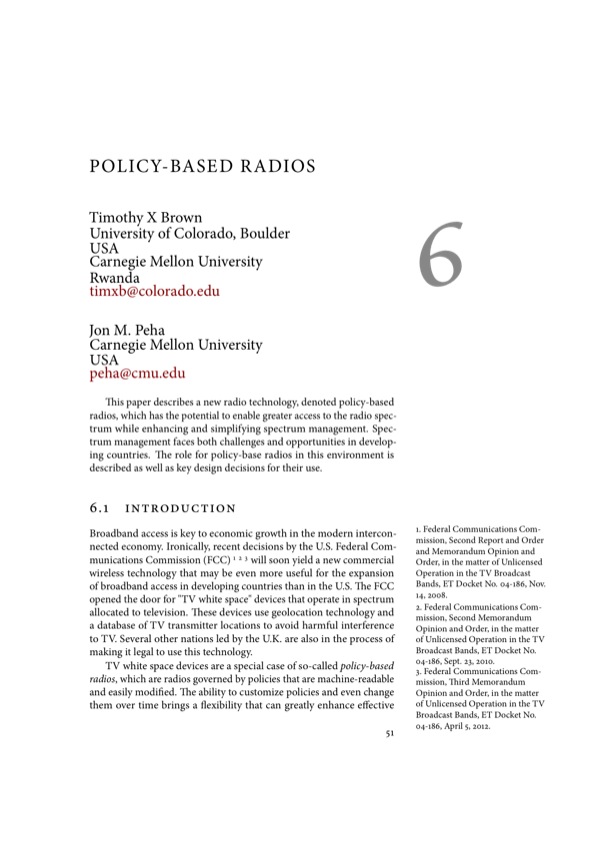 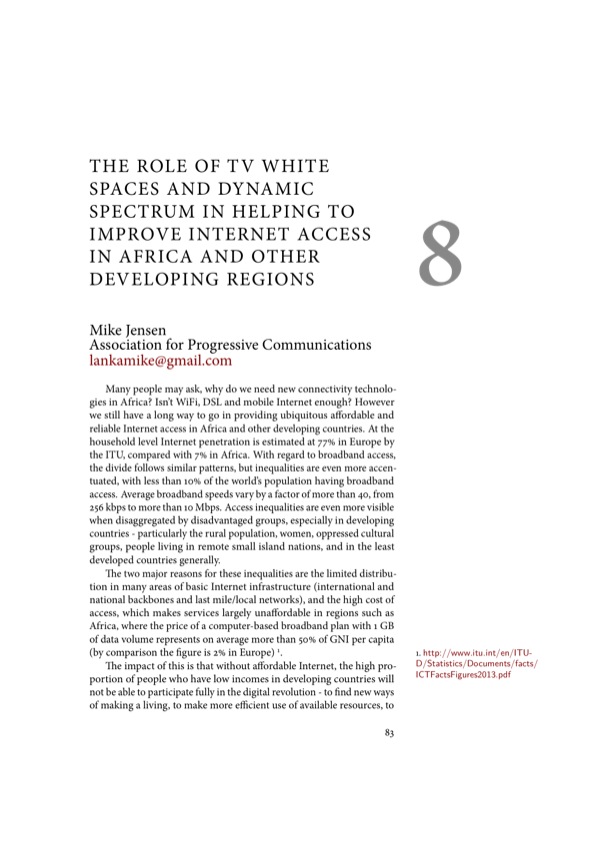 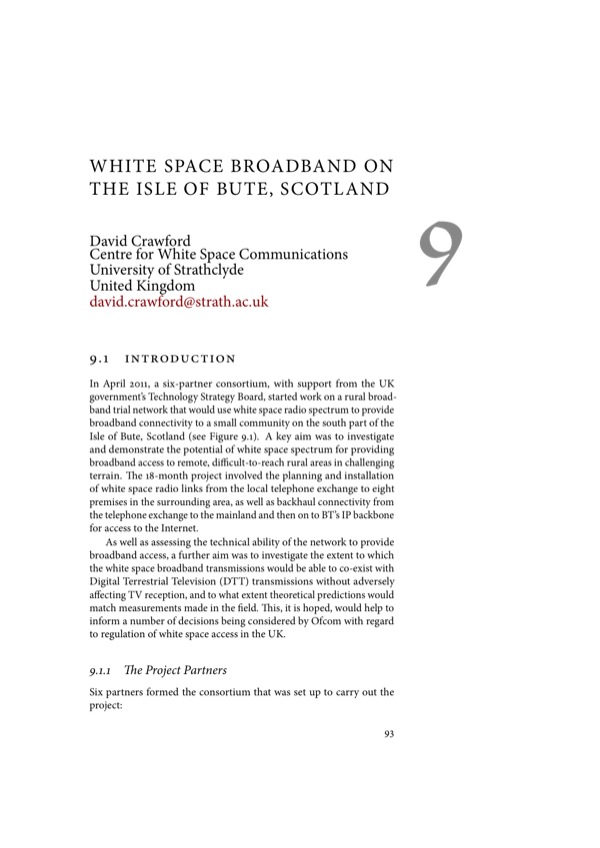 White Space Broadband on the Isle of Bute, Scotland 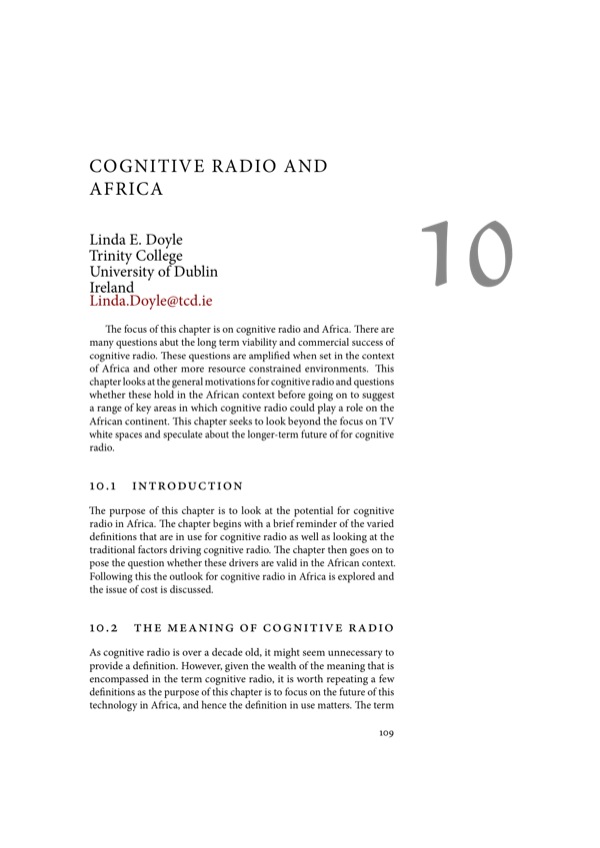 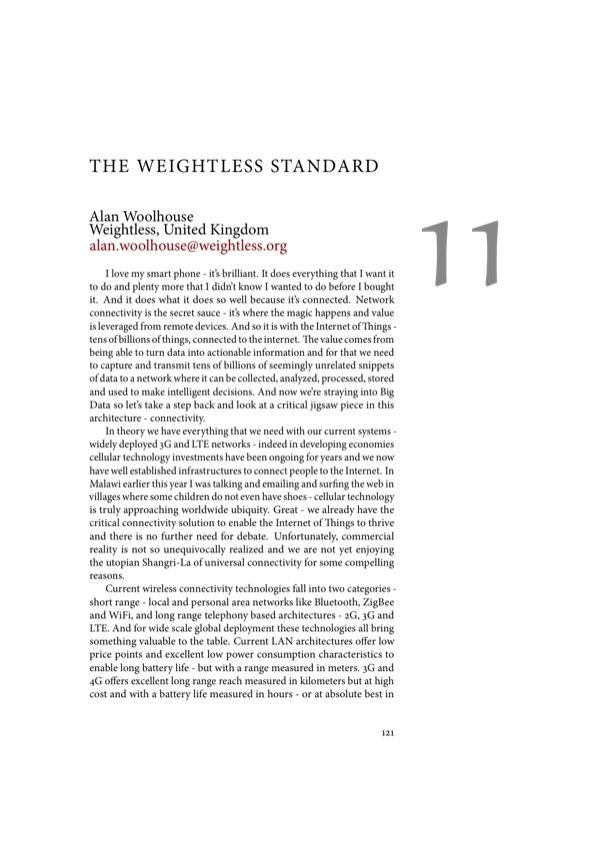 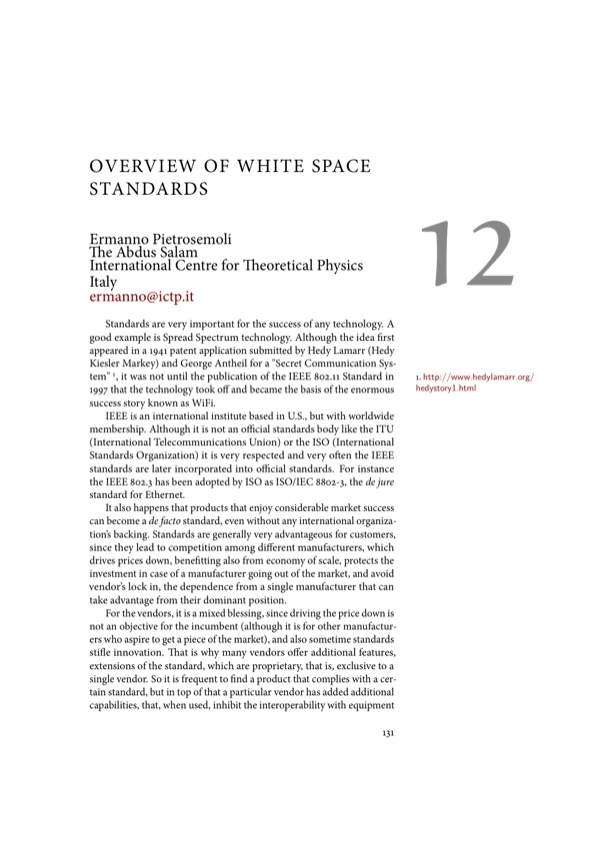 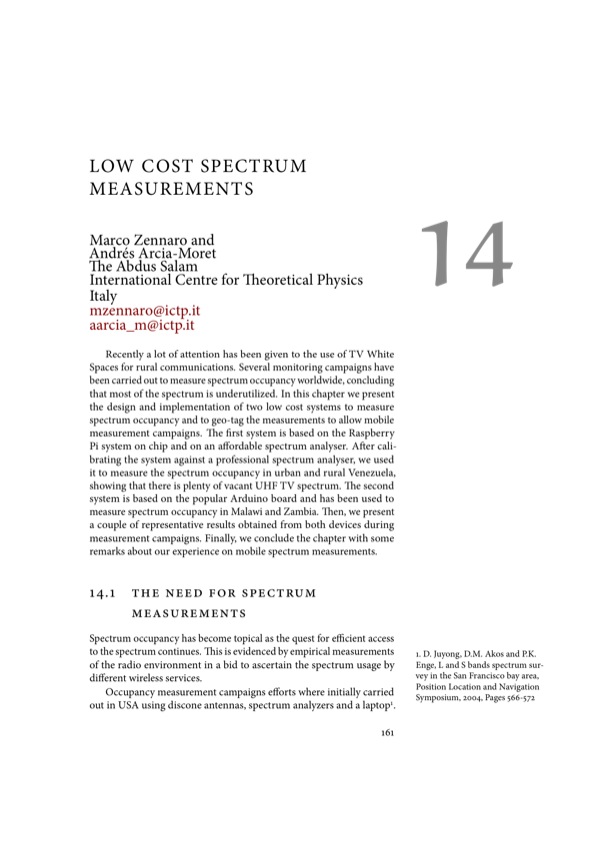